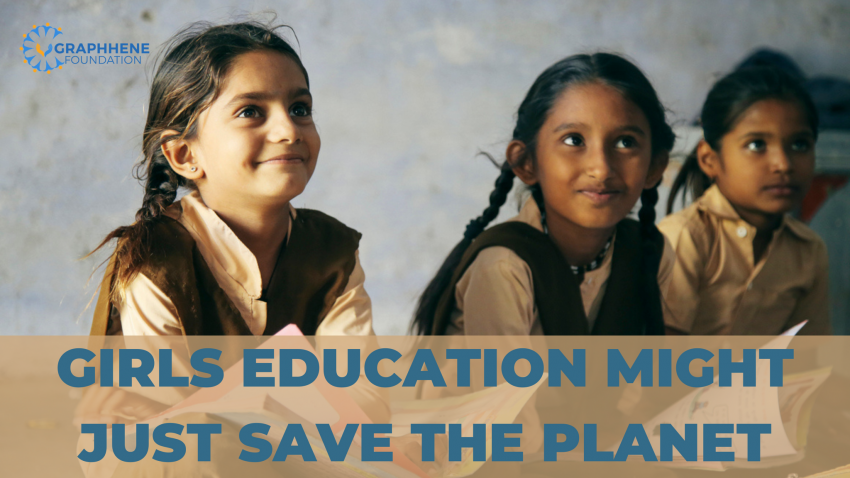 To illustrate how the poorest women and girls, who contribute the least to the climate crisis, bear the highest burden, as parts of India are gripped by an extreme heatwave, I am reminded of the alarming statistic by Care International: “Women are 14 times more likely to die in climate-related disasters than men.

” Women and girls in a rural Indian community bear the brunt of the extra work and heat when a drought forces them to travel farther to get water. Women are often expected to gather firewood for the family stove, despite the fact that this commodity is in increasingly short supply. Women in India, who do 80% of the agricultural work[ face daily decisions about how to keep being productive in the face of climate change’s effects on crop production.

Or, Did you know that investing in NGOs for girls’ education is a step toward solving the climate crisis? Wow, that’s unexpected. In 2019, I talked on the TED stage about the astounding finding that scientists put girls’ education at number 6 on a list of 80 ways to address the climate catastrophe, even higher than solar panels and electric automobiles.

Since then, we’ve all gained a deeper understanding of the climate problem and the crucial role that women and girls play in mitigating its effects, adapting to a world where extreme weather is more common, and relocating to safer areas. After experiencing a global pandemic and seeing how women and girls were disproportionately affected by the lockdown, we now know that education is a crucial tool for bringing about positive change as mankind confronts these crises and works toward a more equitable and secure future for all.

Nonetheless, research shows that providing young girls with an education increases their chances of survival and makes them more adaptable to the effects of climate change. Additionally, they will serve as the foundation for all of our mitigation and adaptation efforts by educating the next generation and breaking the cycle of poverty and illiteracy.

If we want to not only survive but prosper, as a species, we must ensure that the next generation has access to a high-quality education.

I have spent the last few months writing a paper with three of the world’s most inspiring education leaders—Liesbet Steer of the Education Commission, Amel Karboul of the Education Outcomes Fund, and Suzanne Ehlers of the Malala Fund—to convince the international community that funding and implementing education and climate change programs separately is not an option. According to our findings, “education for climate action” should be prioritized, funded, and widely disseminated as a means to combat the climate crisis.

Based on the data analyzed, the report identifies three key areas for improvement. 1) Educating people about climate change and its effects so that they may make informed decisions and take collective action; 2) preparing people for a “just transition” to a green economy, and 3) bolstering people’s ability to adapt. It’s crucial that education equips local communities to establish and implement their own climate agendas across mitigation, adaptation, and resilience building. The concept of climate justice relies on this principle.

Here, the multiplier effect of investing in females’ education becomes very important. Climate curricula and training in green skills are meaningless if 259 million children throughout the world still do not have access to education[4]. We must ensure that all children, especially the most vulnerable out-of-school females, have access to education. Currently, just 12 percent of the world’s children are enrolled in school.

The quality of adaptation can be enhanced even if climate change is not a focus of instruction. Vulnerable populations are better prepared to deal with climate-related issues, including floods that may force them to relocate or poor harvests that may drive them to find alternative work, if literacy rates and economic opportunities are raised in general.

Our paper includes several recommendations for governments, funders, and practitioners to take action on, such as embedding climate/education commitments in NDCs and implementing action-oriented climate education at all educational levels. If we want governments to have the confidence to take action, we need long-term, flexible resources at the nexus of climate and education, and we need to invest in creating the evidence base for what works, especially across longer time horizons and scaling proof points.

In addition to preparing people to deal with a changing world, education also has the potential to rescue Earth.